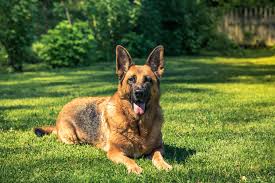 There isn’t a dog in the world that I doesn’t deserve a great home but what happens to a working dog when it comes time to retire?

You’re probably wondering what am I talking about when I say a “working dog.” I’m referring to some of the most heroic animals on the face of the planet: a police working dog.

We give our pets unconditional love and attention throughout their lives and they serve as family members. But what about those 1% of dogs that go out there and keep us safe?

Throughout their entire working time, they are part of the canine handler’s family, living at home and becoming one with everybody.

So what happens when it’s time for them to retire? Where do they go?

This past weekend, the Florida Highway Patrol retired one of its own that had patrolled Central Florida for several years.

It’s time for this dog to hang up the SUV rides and long leash tracks with nothing but snacks and green grass. It’s only right that the handler themselves would get first dibs on continuing to provide this K9 a home.

I would say close to 90% of handlers keep their dogs if their dog retires while in service.

If for whatever reason the handler cannot provide a home to the canine, then it would be opened up to other law enforcement officers who were interested.

Believe me, there’s almost a line of them wanting to give love to one of these pups.

If for whatever reason that was not possible it would be opened up to the proper civilian family that knew what they were getting themselves into and that could provide a safe and comfortable home for this animal who over their life provided so many to us.