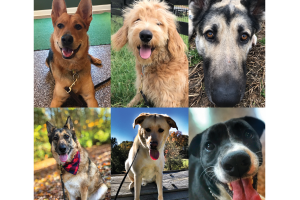 Coleman Natural Foods welcomed the next class of veteran and service dog teams to the Pups4Patriots program, which rescues qualified dogs in need of forever homes and trains them to be service pets for veterans with post-traumatic stress (PTS) and traumatic brain injury (TBI).

The six new pairs were matched and are making headway on training through a commitment the company made in 2019. Last fall Coleman Natural honored the first six graduates of the program.

“The resilience of these veterans and their dogs is something unparalleled,” said Mel Coleman, Jr., chief executive officer of Coleman Natural. “Despite additional challenges brought on by COVID-19, we are confident this group will excel in any environment.”

The veteran and service dog pairs include:

Dean & Bama: Dean is a US Army veteran. His dog is Bama, a male Goldendoodle.

Joey & Bugg: Joey is a US Army veteran. He currently lives in Tennessee and is paired with Bugg, a female German Shepherd.

Michael & Scout: Michael is a US Air Force veteran. He lives in Tennessee and is paired with Scout, a male Labrador/Retriever mix.

Jeremy & Ali: Jeremy is an US Army veteran from Tennessee. Jeremy is paired with Ali, a female German Shepherd mix.

Joseph & Bellarosa: Joe is a US Army veteran. He lives in Oklahoma and is paired with Bellarosa, a female German Shepherd.