This is our beautiful, blind, fostered, and then adopted rescued Jack Russell terrier. She loves her ball because she can hear it as it rolls and she can move it with her nose. She is like a soccer player with her ball and is obsessed with it. 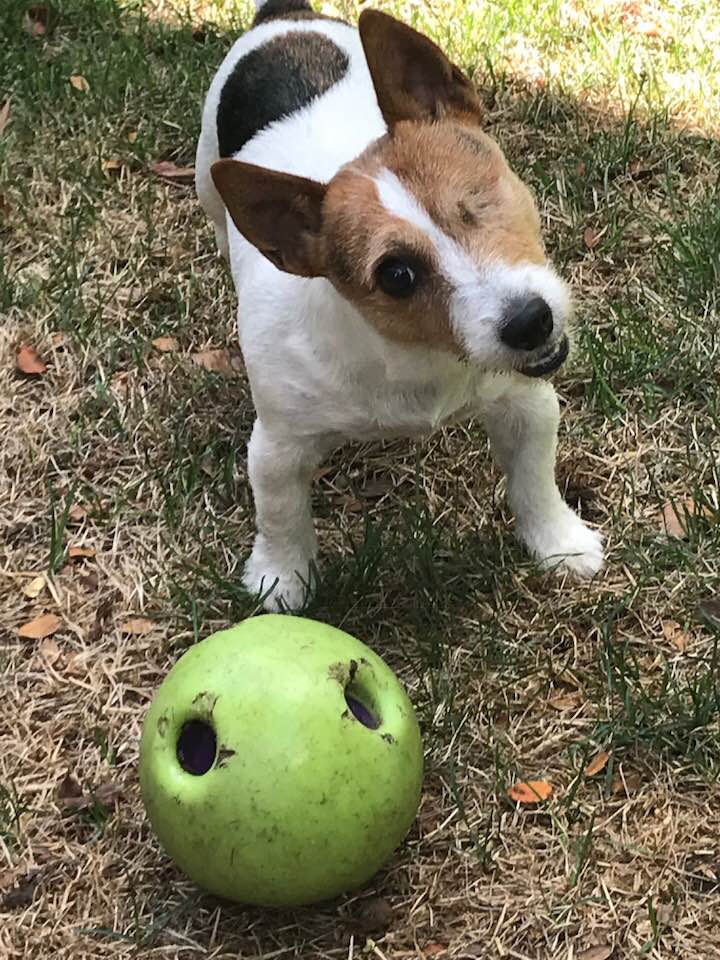