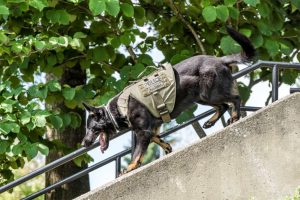 The Abbotsford Police Foundation (APF) is celebrating its 15th anniversary by launching a Thanks to You! campaign to showcase and thank donors and sponsors.

The campaign also includes thanks from recipients of APF grant funding, highlighting in their own words the positive impact of community generosity.

Ads will be placed on billboards, the APF website, social media and in print from now until the end of the year. Since 2005, the APF has raised almost $300,000 and has received immeasurable value through in-kind in contributions.

Past purchases have included Kevlar vests for police service dogs, a drone, a vintage police cruiser, a John Deere “Gator” ATV and a training simulator.

The APF was founded by Dave Kandal, Jack Robertson and Spud Murphy.

The current president is Kevin Boonstra, who says none of the funding would have been possible without the generosity of the public.

“In these challenging times, we want to take a moment to express our gratitude to our community,” he said.