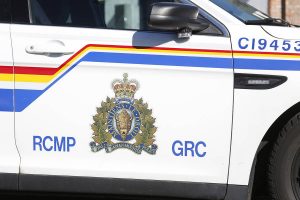 An Albertan was arrested and facing several criminal charges after police from in Revelstoke, Sicamous, Salmon Arm and Vernon teamed up June 3.

At around 1 p.m. Wednesday, an officer with Trans Canada East Traffic Services (TCETS), based in Revelstoke, failed to stop a vehicle for speeding on Highway 1 near Malakwa.

The lone occupant of a black BMW fled westbound toward Sicamous. The traffic officer didn’t chase the vehicle for public safety reasons, BC RCMP Traffic Services said, but he called ahead to warn officers in the neighbouring regions.

The driver of the BMW evaded Sicamous RCMP and continued toward Salmon Arm.

Officers patrolled the secondary roads between the two communities and located the vehicle abandoned.

At around the same time, Salmon Arm RCMP located a person on the same highway not far from the BMW.

Following questioning, RCMP found the Alberta man in his late 30s was the driver of the BMW which was determined to have been stolen from Calgary a month ago.

The Police Dog Service from Vernon was used to track the driver’s path from the recovered BMW to where he was found by police. Several items belonging to the driver were found along the way.

The Integrated Forensic Identification Section was utilized to gather evidence from the vehicle which will be used to connect the car to the driver.

A police helicopter was also deployed, providing support from above to officers on the ground.

“This investigation is an excellent example of seamless teamwork and communication among various Units and Detachments that brought this file to a successful conclusion without injury to any members of the public,” BC RCMP Traffic Services said in a statement.

The Alberta man was taken into custody without further incident and was later released for a future court date.

He is facing several charges including dangerous operation of a motor vehicle, flight from police and possession of stolen property.