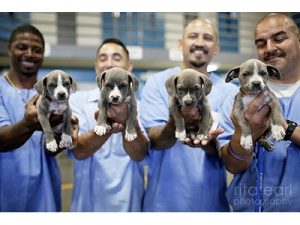 The St. Louis-based pet product manufacturer sent 12,960 bags of its popular Crazy Dog Train-Me! treats to the rescue group. The Crazy Dog Train-Me! treats will be sent to people who are fostering dogs through Operation Pandemic to help them meet the costs of caring for a pet. The treats are being shared with two food banks that assist low-income pet parents in the Los Angeles area.

When Paws For Life K9 Rescue (PFL) started COVID-19 Operation Pandemic and reached out to “everyone able to open their home to a shelter dog,” the Santa Monica, Calif.-based rescue was amazed to see that, within a short time, more than 50 dogs had been removed from Los Angeles-area shelters and placed in new foster homes. PFL continues to support these dogs so they can remain in foster care until they find permanent homes.

PFL will also use the training treats in its Paws for Life Prison program. PFL works with inmates in the California State Prison system to care for and train shelter dogs. The program prepares rescue dogs to become service dogs for military veterans with PTSD.

“Crazy Dog is very pleased to make this donation to an organization that does such great work,” said Stacey Luna, a spokesperson for Crazy Dog. “Paws for Life has quickly and effectively responded to the current crisis and we are happy to be able to support their causes. We know that well-behaved dogs are more likely to be successfully adopted, and training is important to get dogs out of shelters and into caring homes…”