My Trudy Ann Marie Fookes is my HERO.

I have Muscular Dystrophy and if I fall I cannot get up without assistance. We were at a rest stop in the middle of nowhere, with no one around. And I fall down, I was crawling, and rolling my knees were bleeding. And she came right in front of me and just stopped, gave me a kiss. And stood like a rock. And I was able to get up thanks to my baby girl. 🦮 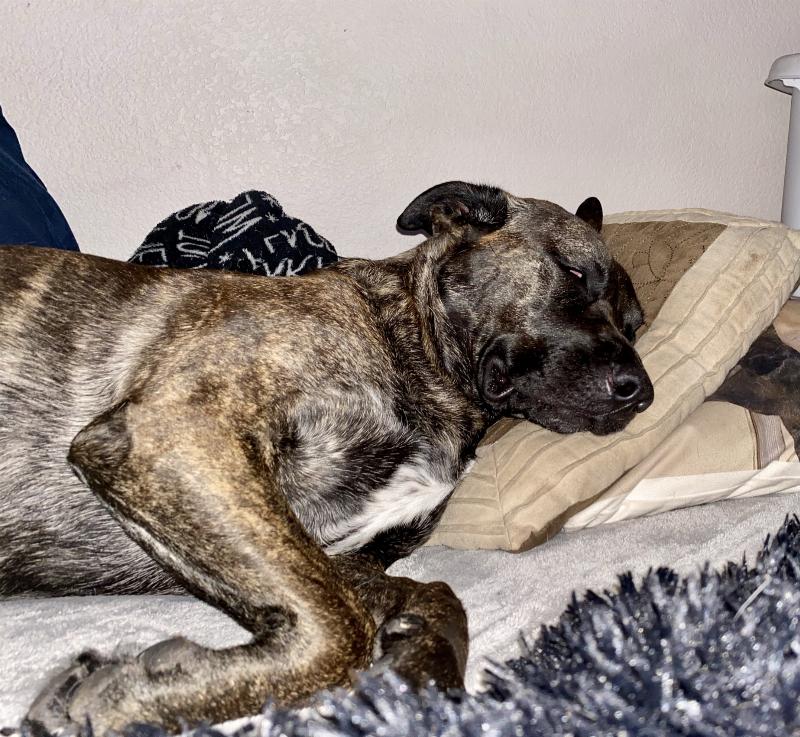