Bruno is a emotional support dog. He is so sweet and dependable. He brings emu much comfort. Should he ever be lost please return him to me. 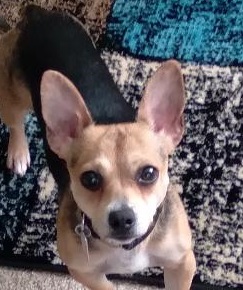