Photo of him before he came home. This was taken by his breeder at place of birth. To show us what he look like before purchase. 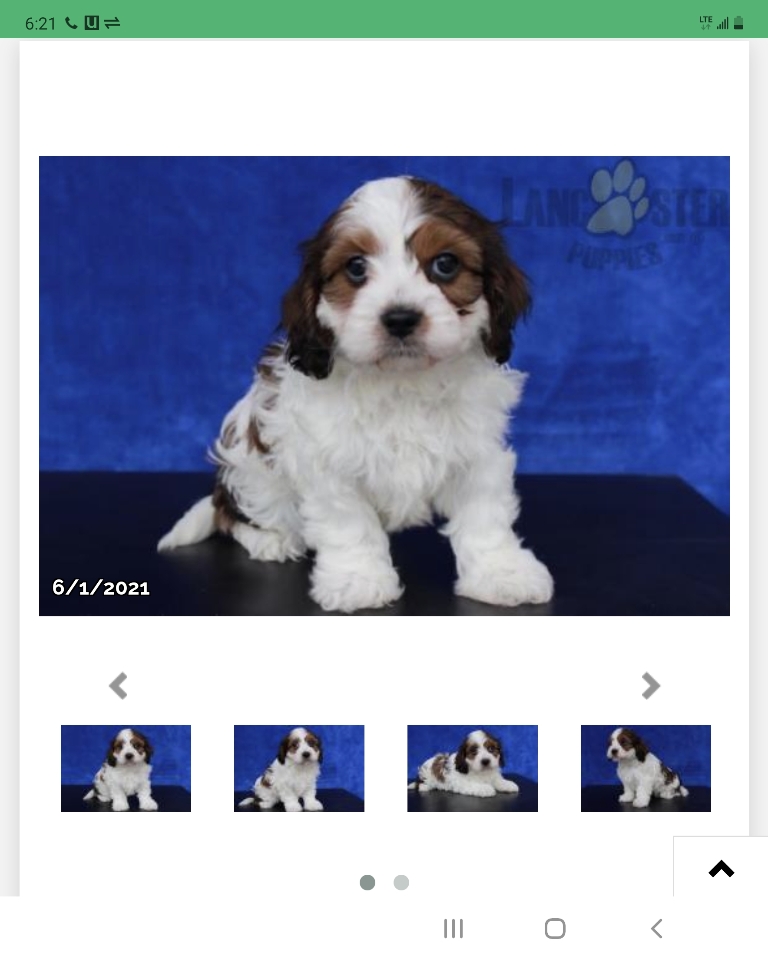