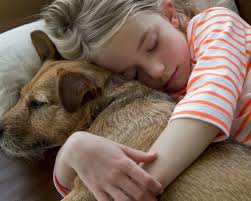 When spring semester started, I headed home to Las Vegas for a semester-long school project for my parent‚Äôs pet harness business. Because of the business, I get to see all kinds of dogs, cats, pigs‚Äî I kid you not ‚Äî goats, guinea pigs and more wearing my parent‚Äôs product. I also see the smiles on pet owner‚Äôs faces when showing off their pets to others.

Pets, with their adorable mannerisms, do things that not a lot of people do‚Äî provide a great distraction for our troubles. Of course, they could never replace family , but they sure make a wonderful addition to them.

We at¬ÝScroll¬Ýbelieve that pets provide great support in trying times.

Although pets have been helpful many times in people‚Äôs normal lives, they have been especially helpful during quarantine. According to the New York Times, The Best Friends Animal Society saw a nationwide increase in adoptions due to quarantine giving people more time at home. Living in isolation can be stressful for many, even inside a family setting.

Buddy, my parent‚Äôs French bulldog, has been a stress reliever for us during quarantine. He always finds a way to put a smile on our face even though he cannot say a word ‚Äî unless you count his barks.

According to ABC News, some Zoom classes use therapy dogs for students to relieve stress and teach social and emotional development. Some might think this is too distracting for students, but the children in the ABC News‚Äô report say therapy pets help set an example of good listening.

It is important to understand that pets are only as good as they are treated. As great as they are to have around, they require a lot of attention from their owners. Who has not had a moment where their cat or dog pooped or peed on the floor, broken something valuable, or barked nonstop at something passing by the window? Pets do a lot of dumb things, but for most, it ends up being moments to laugh at.

Personally, I believe they solve more problems then they create. Pets help us to think outside of ourselves. When we take good care of our pets, we are spending more time helping them with their problems instead of thinking about our own. Many people learn this message through their own children, but pets help remind us of that fact.

God created all living things not just for food, but to be helpful companions. Many animals have been pets for mankind since Paleolithic times, according to the Encyclopedia Britannica. Cats were even universally worshiped during ancient Egypt ‚Äî which makes sense since my sister‚Äôs cat, Apricot, is always demanding my attention whenever I come to visit.

I love how the Encyclopedia Britannica also mentions the relationship between owner and pet to be a symbiotic one, meaning that the love they have for one another is mutual. It is something that differentiates them from just mere cattle. The time we spend and the love we give to our pets defines that relationship.

Quarantine has given us more time in our homes than most of us care to have, but with that time, we have found ways to appreciate things we thought we did not have time for. For any new or veteran pet owners out there, please take care of your animal family members. They will teach us to think outside of ourselves, on top of many other benefits. They may be tedious and needy at times, but the benefits outweigh the time required.