Kizzie is now 12 and in good health. She is very loving and easy going.  As a puppy she had the energy of a team of sled dogs.

Hoping to have our Portuguese Water Dog for years to come….a true blessing 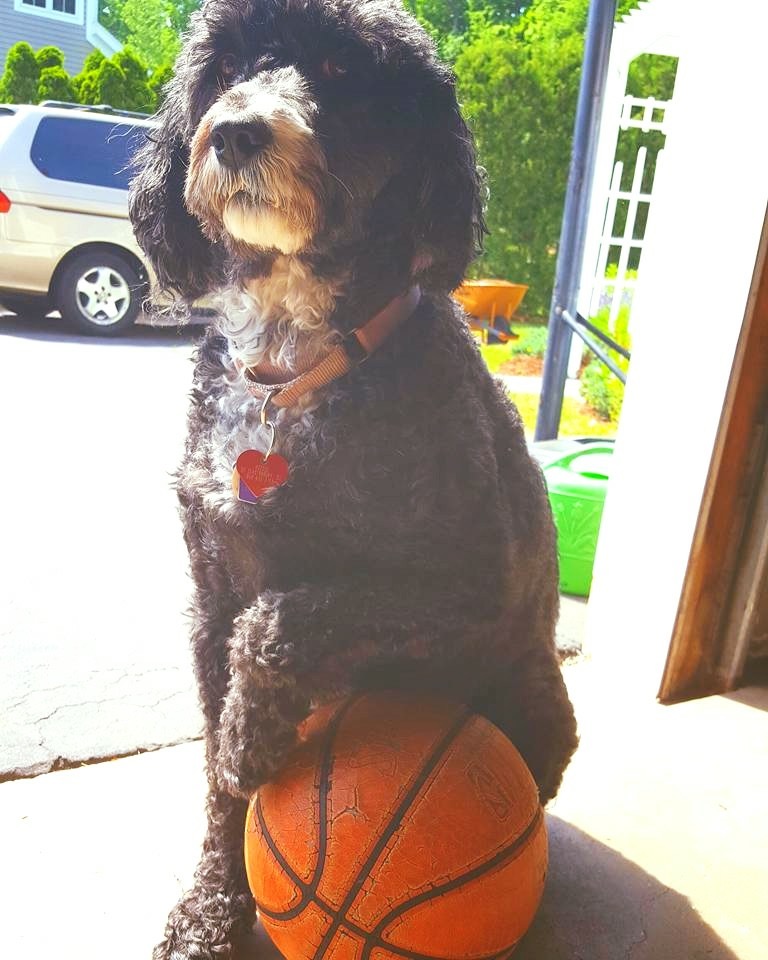