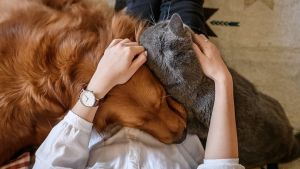 “It’s important we all take steps to protect ourselves and loves ones and perhaps save a life,” Hart said during the press briefing Thursday afternoon.

Public Health Officer Dr. Henning Ansorg said there has been an increase in 28 cases of COVID-19 since April 1, with a total 139 in Santa Barbara County. The ages of those positive range from 20’s to 70’s. Of those new cases  there are 11 in Santa Maria, five in Orcutt, three in North County, two in Lompoc, one in the Santa Ynez Valley, one in Goleta and five in Santa Barbara, according to public health officials.

Ansorg reported of the 139 confirmed COVID-19 cases with 81 recovering at home; 24 have fully recovered; 23 are in hospital with 16 ICU; 10 are at home and waiting on condition results and 1 unfortunately has died. The county reported yesterday the patient who died was at Marian Medical Center in Santa Maria, lived in the northern part of the county, was in their 60s, and had underlying health conditions.

Ansorg also gave information coming from the Centers for Disease Contraol and the World Health Organization are finding those who have COVID-19 are “presymptomatic” for 48 hours before they even show signs and symptoms so anyone who does test positive needs to inform anyone they were around two days prior to showing symptoms.

“This makes social distancing even more important, and people should be wearing masks or some kind of cover on their faces if they need to go into any public setting,” Ansorg stated.

He added that people can make masks or covers at home, having the N95 masks available for first responders and health care workers are especially important right now.

Some positive news Ansorg gave is that the local Pacific Diagnostic Lab can provide same day results for high priority patients and have already helped the local healthcare force. Ansorg said they are processing roughly 10 tests per day, which have helped immensely.

Additionally, there have been a lot of negative tests coming back which is good, but Ansorg alluded that if they had more tests it is likely there would be even more confirmed cases.

Noozhawk’s Tom Bolton asked why there was such high numbers coming from North County as opposed to South County and if health officials had any data showing why. No findings are available now, but Ansorg said they are still talking to clinics and hospitals to gather data to know that answer.

The Star asked if there had been any recovered patients giving antibodies, to which Ansorg said not yet as he is uncertain a substantial amount can be produced here to be effective. The Star also asked if any of the local patients are using the malaria treatments, as the U.S. Food and Drug Administration are investigating the use of the drug chloroquine. This is already approved for treating malaria, lupus and rheumatoid arthritis, but the FDA is determining whether it can be used to treat patients with mild-to-moderate COVID-19. Ansorg said no local patients are using this treatment currently, however health officials are doing trials with difference antivirals.

“To best serve you they (first reponders) also need to take care of themselves,” Hart said.

He added that there are currently 100 cats in foster care and local shelters are nearly empty. He added that Care4Paws is offering pet food and veterinary services if needed and helping people create plans for pets in event they become sick. The Santa Ynez Valley Humane Society/DAWG in Buellton is also open for placements by appointment. More information about their animals is available here. To schedule a meet, call 805-688-8224.