Smokie came from a bad home, we adopted him at an early age of 4 months and soon found out he would help us just as much if not more than we helped him. My wife has type 1 diabetes and anytime her sugar would drop or rise he would act funny, she would wake up in the middle of the night with him licking her face laying on her chest. We knew he was different but never expected for him to be an alert dog, a diabetic alert dog at that. We had him trained in Oak Ridge TN and he caught on quick, his training only lasted 2 months before being officially certified and written off by a Medical professional! He was meant for us. 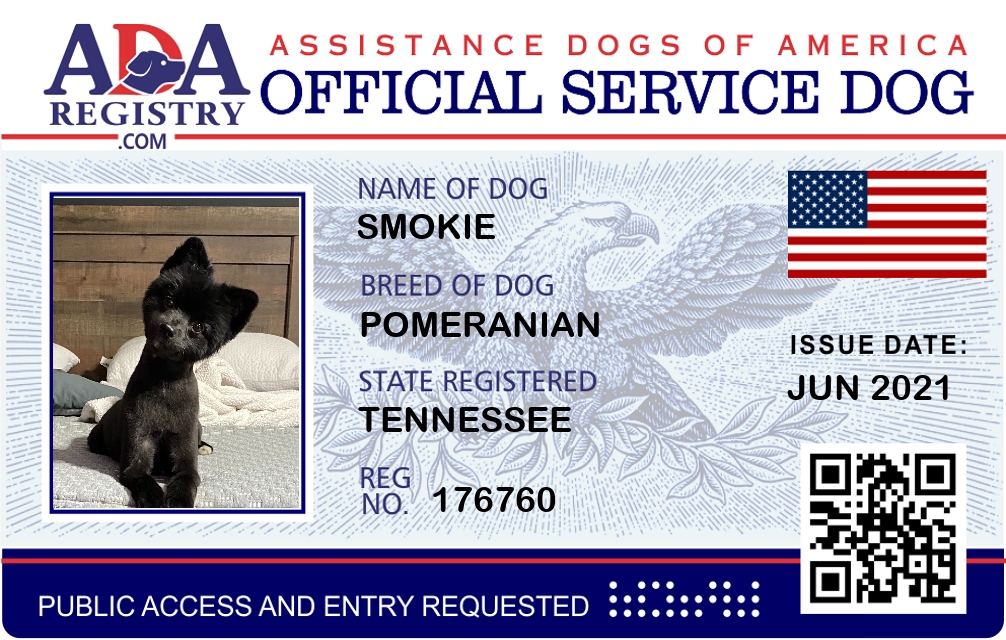 Need To Activate Your QR Tag?

Don’t have a QR Tag yet? Get One Now!

Back To My Dogs