Daisy likes to sit on the deck and watch the neighborhood. She loves walks. Not a fan of her fast or her leash but she doesn’t when she gets going. The owner needs her to stay calm during asthma attacks. Daisy Needs food bowl every for five hours unless she sleeping. She also needs Citrucel or Metamucil liquid you mix up. In case she gets lost, she has hemorrhoids and needs the Metamucil so she is not uncomfortable. 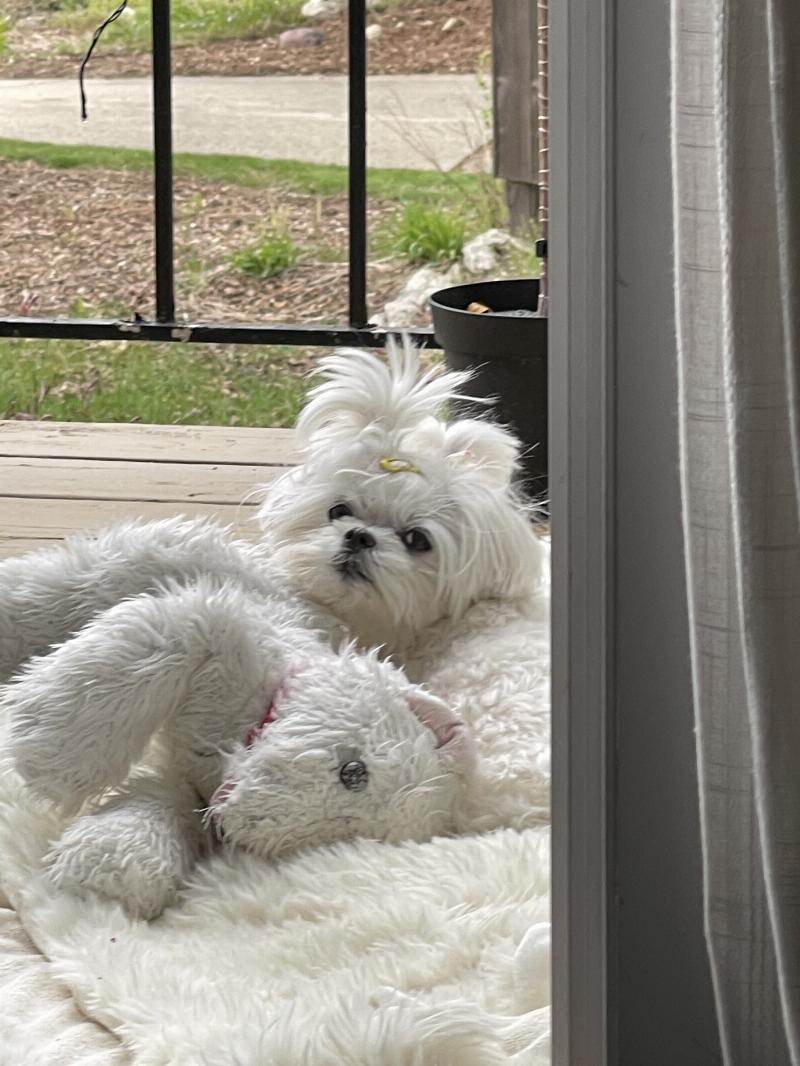