Daisy has her medical vest on.  She is an emotional, medical support dog. She needs to be fed every four hours, at least peanut butter. She has to have liquid , Metamucil one dropper full, every four to eight hours. Mostly with food. 616 292 5797 owner’s number 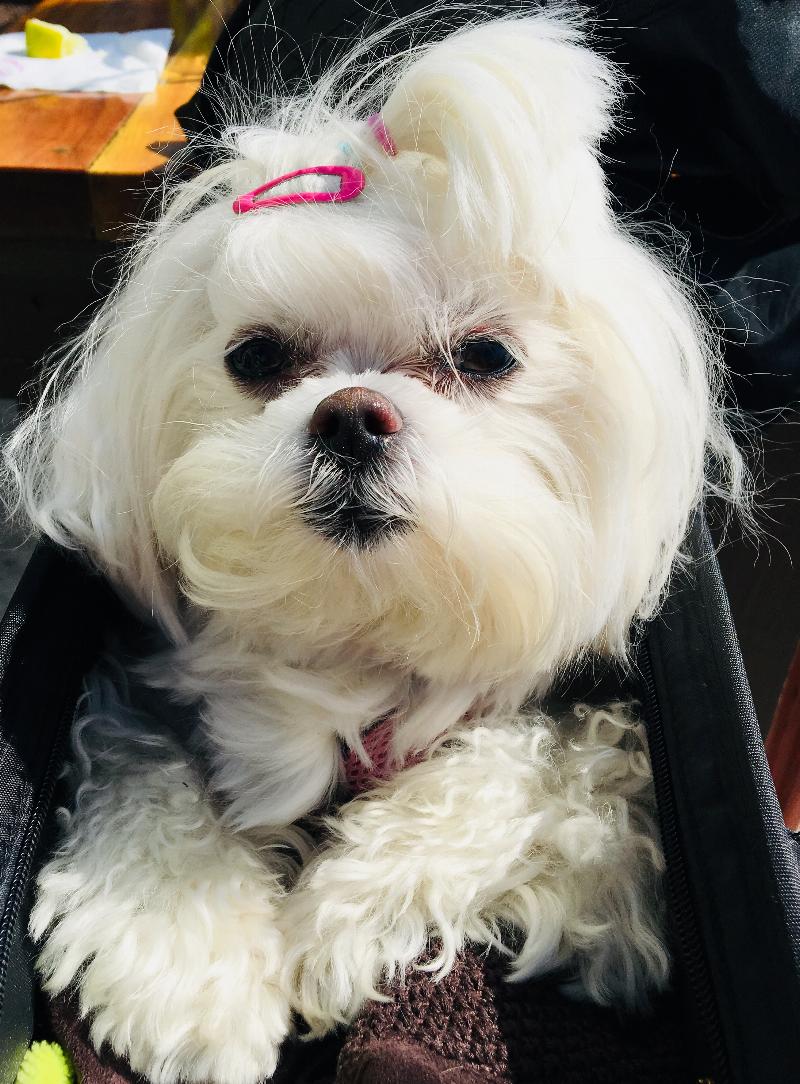