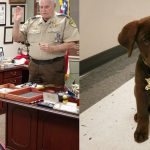 On Monday, Sheriff John T. Wilcher deputized a 4-month-old female labrador retriever to work at the Chatham County Sheriff’s Office (CCSO). The new recruit, Deputy Lexi, received her official badge and will provide support to faculty at the sheriff’s office. She was donated by the Talki Foundation, a 501c3 not-for-profit organization that raises awareness and […] 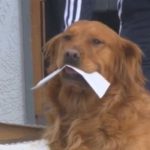 In these “ruff” times, it’s nice to hear about someone, or some dog, doing some good. Sunny the golden retriever lives with his owner, Karen Eveleth, in Manitou Springs. They’ve been neighbors with Renee Hellman for over a decade, and when she self-quarantined for her own health, the two thought of a clever way to […]

Restaurant manager asks man with service dog to leave | What Would You Do? 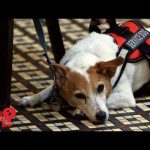 When a man sits at a table with his service dog, the manager tells him no pets are allowed inside. She doesn’t think he needs a service dog because he looks fine. What will people say?