Bruiser loves to rest and save his energy for helping me get around. He’s my best friend. I’m thankful every day that he chose me as his forever home. 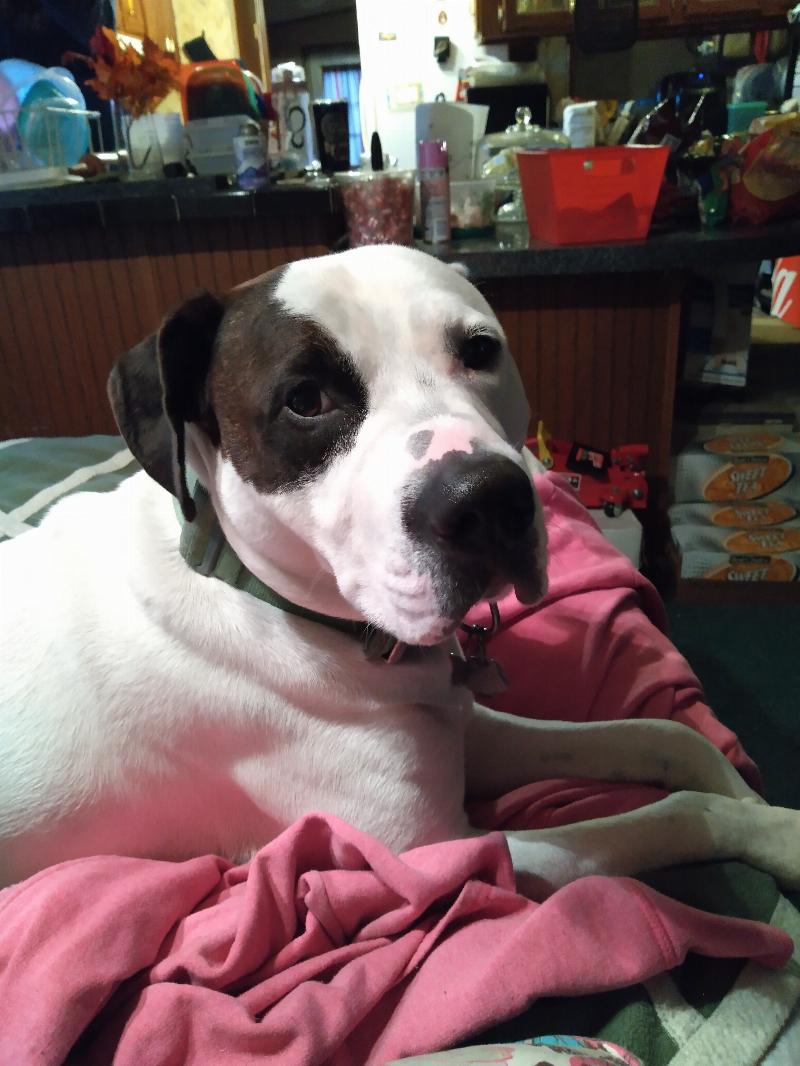